“Stop. Observe what God has created for you. Although it doesn’t come even close to Heaven, it’s the next best thing.” – Braden

“I wish we could have just one more summer vacation to see something beautiful. Together.” – Braden’s Dad

Before we moved from Houston to Dallas in 2014, north Texas had been bone dry. They’d had a drought the likes not seen in decades. Cotton fields were burning up and a lot of farmers were giving up. I’d been raised with the west Texas weather patterns. There was limited predictability, but the forecast there was almost always, “Dry, with little to no chance of rain”.

When I met Cathy in 1997, I’d met a true native Houstonian. Still, I swore to never live or work in Houston. I perceived it was hotter than blazes, humid, and full of hateful people. Like New York in Texas. Then, due to circumstances at my company, we were forced to move there.

The Gulf of Mexico constantly feeds warm moist air into southeastern Texas. That, along with rich dark soil makes things grow where they never would anywhere else. The Gulf also brings an indescribable amount of humidity.

Against every prejudice I had about Houston, I grew to love it. The people there were real. Many come from farmlands across the country, working in the petroleum industry. We found it to be home for us.

Just as we began our Houston home, we were again abruptly “relocated” to Dallas. This was move number five and we were completely spent, giving up yet one more established place of community. How would Braden and Caitlin deal with this move?

I remember hoping Dallas wouldn’t be a dry, brown, and desolate place. That would just add to the depressive feelings we already had about the move.

I prayed that it would just please rain.

It did. And it rained… and it rained. When we settled into our new community in Prosper, we began frequently hearing weather forecasts about heavy thunderstorms, winds, hail, and possible tornadoes. Tragically, Garland had a devastating tornado the second year after we arrived.

What had happened to the long historic draught? We joke still that we brought Houston rain to north Texas.

Recently, we had yet another north Texas storm. Here, storms arrive in the deep of the night. In west Texas you knew when a storm was coming. They typically arrived before the sun went down. You could see clouds building typically to the west and moving to the northeast.

In north Texas, Mother Nature tends to act randomly. Here, a tornado might drop out of any low hanging cloud at any time and too often in the middle of night when you can’t see what’s coming. Out of nowhere there might come a cloudburst not even the most avid weatherman could have predicted. All to say, you’re pretty much on your own in Tornado Alley.

Recently, such a rain storm emerged. Out of nowhere, rain came in a sudden barrage along with a strong north howling wind. It was near midnight. The winds blew so hard that rain entered through the downstairs windows. We still don’t know why, but when the conditions are just so, water drips from the second story through the windows in the living room.

We had to move the furniture. Shoving the couch away from the wall and placing pitchers, bowls, and every Tupperware container in the sills to catch the leaks. The winds continued, the draining water continued, and the thunder kept rolling. Then. The rain finally subsided. The night became quiet. Peaceful. Like the storm had never even visited.

The next morning, the sun was out. The curtains remained splayed forward over the couch which had been pulled away from the wall. Pitchers, bowls, and every Tupperware in the cupboard stood their post along the window sill, half filled with rain water.

I picked up the containers, combining each into one and spilling it into the kitchen sink and righting the curtains. I pulled the couch out just an inch beyond where it had been to be sure nothing had been damaged underneath.

I hesitated, knowing Braden had hidden away things under the couch over the years. Remnants of memories I feared but knew I would happen upon. Such moments bring about unexpected emotion, like suddenly seeing him and instantly losing him again.

I pushed the couch further away by a couple of inches, finding a coffee table book. A large one. On its cover, I read the title. “Beautiful World”. Immediately, I knew I’d stumbled upon another remnant of our son. As it always does, came a mix of elation and depression in the same instance.

The following morning, I woke for my morning quiet time. Something I’ve done as a ritual every day since he left. Honestly, I’ve exchanged that brief time for sleep. Escaping by closing my eyes to make the feelings go away. At least for a few minutes.

That morning I opened the book and enjoyed absorbing each page. Traveling mentally with Braden to each new amazing place.

Braden had the rare gift of seeing the world from a completely unique perspective. He saw things as they actually are as opposed to what they should be. He was capable of experiencing every moment in real time. To me that’s taking a huge risk. One not many of us are willing or capable of taking. I wish I could. It just might make me who I want to be and who God created me to be.

Thanks, Braden for leaving behind remnants of who you were and allowing us to find them at just the perfect moments.

One thought on “Beautiful World” 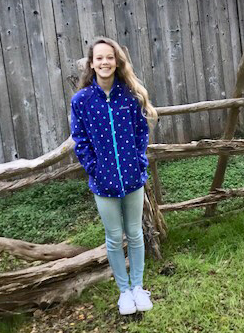